Here are the six new iPhone game apps which are simply wonderful with something new to explore. You can download them from the link provided.

With a rating of 4.5 at the app store Botworld Adventure is the new RPG game from the makers of Rodeo Stampede. Botworld is a huge, beautiful and diverse world which you can explore as you venture out to collect rare scrap and discover new bots. Enter new environments, meet a variety of characters, collect rare treasures and uncover the many secrets hidden in Botworld. You can freely explore the many lush forests and arid deserts but make sure you have a strong team of bots because you never know what’s around the corner.

What you need is to outsmart your foes in a unique strategic battle system. Your bots will leap, charge, stun or blast around the arena using advanced AI while you pick the perfect abilities to stomp your foes. Each bot has unique abilities and a powerful ultimate, combine these with your favorite player abilities for maximum effect.

You will discover, build and collect rare and powerful bots to create the ultimate team. Search the world to discover new bot recipes and collect rare scrap to build and upgrade your favorites. You can customize their powers and abilities as they level up and get stronger. Play as one of 4 species: cats, dogs, buffalo and lizards. Choose a unique look to add your own personality to the character.

This app is free game app.

2. The Fox in the Forest

The Fox in the Forest is a beautifully illustrated trick-taking card game for 2 players. This new iPhone game apps has a story to tell. Once upon a time, a woodcutter and his daughter lived in a small village bordering the forest. She had traveled with him and had seen him speak with the forest animals.

You can use special abilities and take tricks to win, but don’t get greedy! Win too many tricks, and you might become the villain of your fairy tale.

The Queen decreed that whoever defeated the monsters would be granted half the kingdom in reward. With the help of the woodcutter, swan, fox, monarch you will be able to collect treasures and gain the Witch’s trust.

A trick-taking game for 2 players, each playing cards to win tricks against the other over multiple rounds. Players score points during a round depending on how many tricks they end of taking at the end of the round. Most points at the end wins.

All the odd-ranked cards have special abilities printed on them. These cards change up the game play and might determine who the winner will be, or who leads the next trick. They are critical to you gaining treasures.

Variable-length to the game by predetermining what score will end the game. You can play 13 cards each round and plan your plays cunningly to score the most points possible.

With a rating of 4.9 this game takes you on travel to fat to enjoy the serendipity of the green forest, white beaches, and turquoise waters of nature! In this relaxing island game, you will find yourself relieved from anxiety within seconds. The calming music, a variety of sceneries of the island, and cute animal friends will keep you entertained and stress-free!

What you need to do is to build a flourishing island for yourself and then expand and decorate your very own island. You can create various habitats such as Duck Pond, Bear Den, and Deer Plains. Also, upgrade landmarks and animals to increase the island’s productivity! Simply tap to collect Energy, use them to discover more new landmarks!

You can collect more than 40+ different types of animals! Watching their cute behaviors will help you feel relaxed and calm. Invite special animals such as arctic wolves, foxes, deer, rabbits, and alpacas to complete your forest island! Add life to the island by inviting beautiful birds such as owls, seagulls, and flamingos! Don’t forget to include dolphins, seals, and sea turtles in the ocean!

This is a free game app at app stores

Ayakashi Toyoden is a Japanese game on a folklore of Youkai. This game is a hack and slash game where youkai hunters defeat various youkai.

The story unfolds when people were afraid of Youkai. At that time, there were people who tried to protect people’s lives and confront the youkai.

They gathered together with like-minded people. As exterminations specializing in youkai, they were active at night.

The activity was carried out without being bound by the place, repeating expeditions and gathering comrades from all over the world.

You can grow your favorite character, search for valuable items, or aim for good additional effects of items. In the game up to 3 character can participate in the battle. Actions include normal attacks and skills that consume skill. Depending on the situation, let’s use the normal attack and the skill that can advance in the battle in an advantageous way.

Characters may join as a new party on the way to exterminate youkai. There are various characters such as samurai, ninja, miko, and monk. Let’s participate in the battle and train it. There are various items you can use at the war such as swords, armor, gauntlets, and accessories. Items can be obtained on the way to exterminate youkai. Items may also have additional effects.

This is also a free game app at app stores

Dive into supernatural mysteries and immerse yourself in brand new iPhone game apps, original storylines starring your favorite characters from the Netflix series while you explore a new Puzzle RPG experience!

You have to collect 50+ different versions of your favorite Stranger Things characters as they have grown and evolved through seasons 1-4. Recruit your gang strategically based on their supernatural abilities. Level them up with new powers to build an unstoppable team. Discover new, original and exclusive Stranger Things storylines enriched with Puzzle RPG gameplay based in the mystery-stricken town of Hawkins, Indiana. Collect and upgrade your gear and tools as you complete mysterious quests and earn rewards in order to enhance and master your new supernatural capabilities. Quest your way through battles against the Demogorgon, the Mind Flayer and many other recognizable monsters from the Stranger Things Universe as well as hundreds of new supernatural monsters that you’ve never seen in the show before in this new Puzzle RPG! Uncover supernatural mysteries in Hawkins National Laboratory, Starcourt Mall, Palace Arcade and other iconic Stranger Things locations.

Enter the portal to the Upside-Down and face supernatural obstacles and monsters in ever-changing Stranger Things locations. How far will you go on this roguelike journey?

Progress while you’re idle in this match-3 Puzzle RPG. Earn free idle coins, idle xps and idle resources between sessions. New idle rewards are generated every minute and are waiting to be collected!

This is a free game app to install on your iPhone

Linkin is a trivia new iPhone game apps at app stores. This game is a block game where you match as many blocks as you can. You need to score the most points by clearing rows of blocks and utilizing combos. Drag pieces and earn points by matching four or more pieces vertically, horizontally or diagonally. New pieces will appear on the board each turn.

You can use your extras to your advantage and gain more points. Each extra can be activated only once per game You can fix your mistakes with undo feature. To get more updos you need to earn 350 points as these are limited. Also move teleports a piece to any unoccupied square on the board. Make 5 X Combos to earn more moves. Clear pieces randomly with remove, match six or more pieces at once for more.

This is not a free game and would cost you $0.99 at app stores

Note that most of the free new game apps for iPhone might have in-app purchases or some subscription service too. Now enjoy! 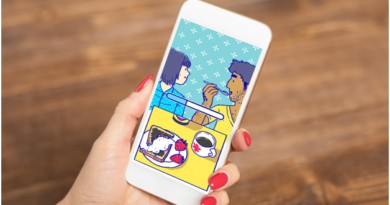 10 Wonderful iPhone Games That Will Relax And Cool Your Mind 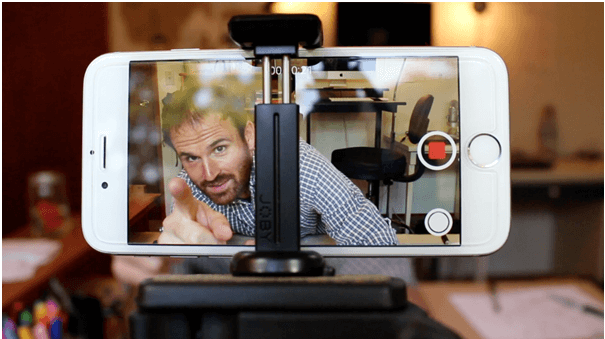 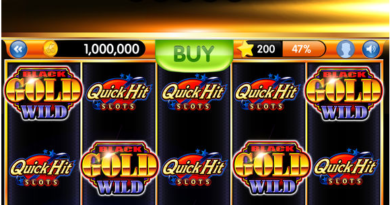