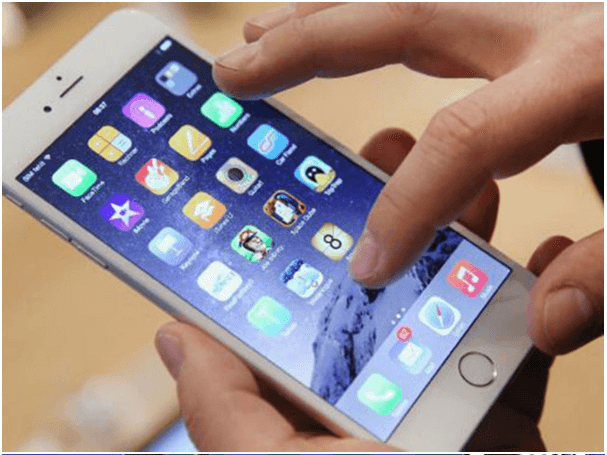 According to latest news Apple’s next operating system for iPhone and iPad could kill off 200,000 old apps, which will suddenly become obsolete. These apps could be incompatible with iOS 11.  Tech experts fear iOS 11 will hobble apps which worked perfectly with old school phones.

Experts from the tech firm SensorTower said this would mean that “approximately 187,000 or about 8 per cent of the roughly 2.4 million apps on the App Store worldwide” will stop working with the latest iPhones.

The latest Apple rumours come after it was claimed that the iPhone 5 was about to be consigned to the scrapheap of history. The problem lies in the difference between 32 bit and 64 bit smartphone architecture. Older iPhones used a 32 bit processor, which meant software also had to be written in 32 bits to work properly.Newer smartphones feature 64 bit processors and software. Modern phones often slow down when running 32 bit apps — but could soon stop working with them altogether.

According to Sensor Tower it’s likely that Apple is aiming to reduce the “bloat” and increase the performance of future iOS versions on new 64-bit devices with this (potential) move.

Apple first began stoking the app bonfire in February 2015, when it told developers that all new apps had to be written in 64 bit. It then said that all app updates must be written the same way.

This means that any app that’s still written using the older protocol has not been updated in more than two years, suggesting the apps due to be given the boot are no longer being supported anyway. It’s understood that there is no plan to remove 32 bit software from the App Store.

This means that people who own older phones should still be able to get their favourite apps, as long as they don’t mind that it hasn’t been updated in a long, long time. 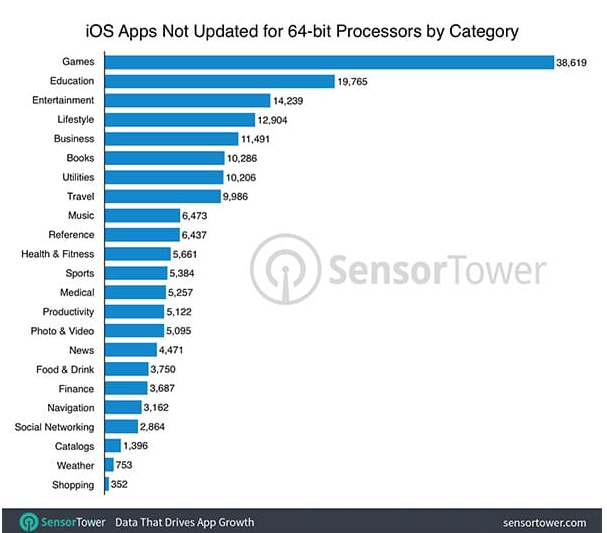 Of the nearly 200,000 apps effected, games apps would take the biggest hit. Just over 20% of the 32-bit apps on the store are games. Education apps are the next biggest group accounting for about 10% of apps doomed to obsolescence.

It is considered to be quite easy to convert a 32 bit app into one which will work properly on modern phones. So if your favourite app stops working when iOS 11 is released, you should probably blame the person who built it, rather than Apple. You should probably be thinking about getting some new apps too.

The launch date for iOS 11 will likely be set in the fall, so developers still have time to get their ancient apps up-to-date if they want to keep users happy. 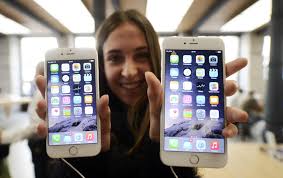