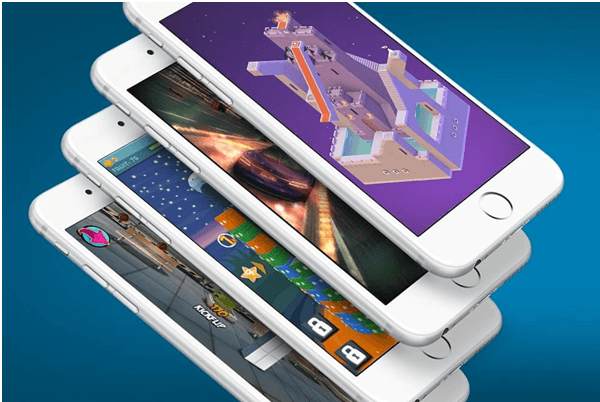 Each month app stores load new games from developers. These games are categorized according to their genre. Some are action based, adventure, fun, creative or puzzle games. Many are free to download on your iPhone device and few but are paid apps that may cost you a few dollars to get the apps on your iPhone. Out of these there are those game apps that are hit or superhit among players. These apps become quite popular within few months of it’s release and take the gamers by storm. Here find 11 such iPhone game apps that have made gamers hooked to their iPhone to play and enjoy these awesome games. 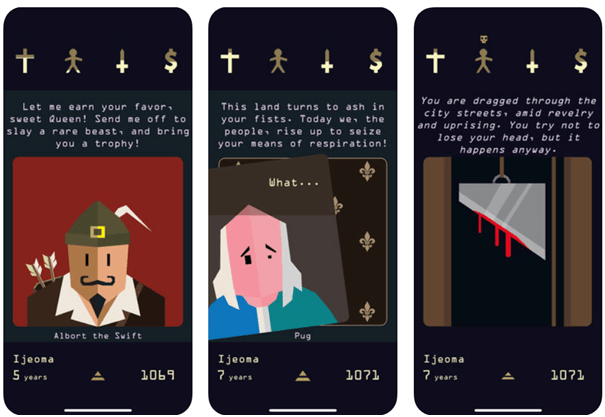 This app is not free at the app store but is the most popular game to be enjoyed on your iPhone. With the rating of 4.9 at the app store, Her Majesty is the brilliant follow-up to the original Reigns. Both games present you with a series of characters and obstacles that require you to either swipe left or right in order to make a decision. The ultimate goal is to make your reign last for as long as possible.

Take the royal challenges in this game and make your inventory to safeguard your kingdom. This app requires iOS 9.0 or later iPhone to enjoy this game. 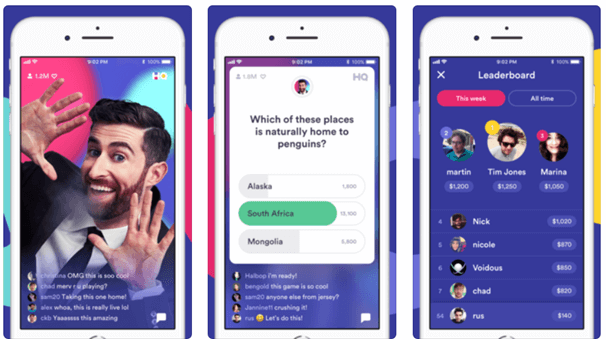 This is free app to enjoy  live sports and games in the form of a quiz. HQ is a live trivia game that runs twice a day. Hundreds of thousands of players are asked to answer a series of increasingly complicated questions. Manage to be among the last players standing, and you’ll win your share of the very real prize money.

If you’ve ever watched shows like Who Wants to Be A Millionaire and wondered how you would fare in such a contest, HQ is the closest that most of you will come to finding out and remember it is appointment gaming taking place at every day at 9pm EDT and on weekdays at 3pm EDT. This app requires iOS 10.0 or later iPhone to work all smooth.

Splitter Critters was the best gaming app of 2017, which is a super simple 2D platformer, with a mean twist. In order to navigate each level, you’ll need to “cut” each map and build your own platforms and puzzle solutions.

This makes this  simple, brilliant mechanic Splitter Critters one of the best puzzle experiences in recent memory. Levels make clever use of the snipping system and will completely change the way that you look at video game levels. With the rating of 4.7 at iTunes this app has now 18 new levels, new critters, new planets, and new game mechanics in the updated version. Requires iOS 8.0 or later iPhone compatible device. 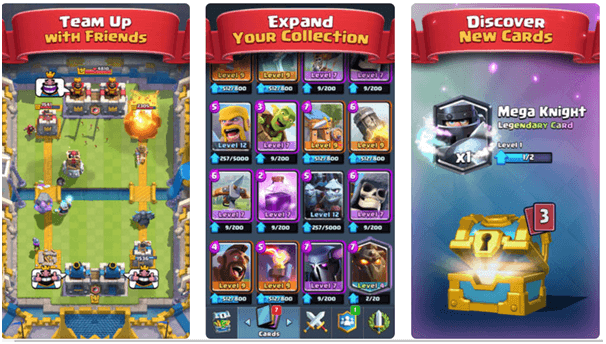 Clash Royale is one of the most popular gaming apps among gamers with rating 4.5 at app store. This game  combines card games with tower defense titles. Every match requires you to use character and item cards to build a base and attack your enemy.

Collect and upgrade dozens of cards featuring the Clash of Clans troops, spells and defenses you know and love, as well as the Royales: Princes, Knights, Baby Dragons and more. Knock the enemy King and Princesses from their towers to defeat your opponents and win Trophies, Crowns and glory in the Arena. Form a Clan to share cards and build your very own battle community. Games are lightning fast, victory feels incredible, and defeat will send you down a spiral of more and more matches. This game app requires iOS7.0 or later iOS iPhone. 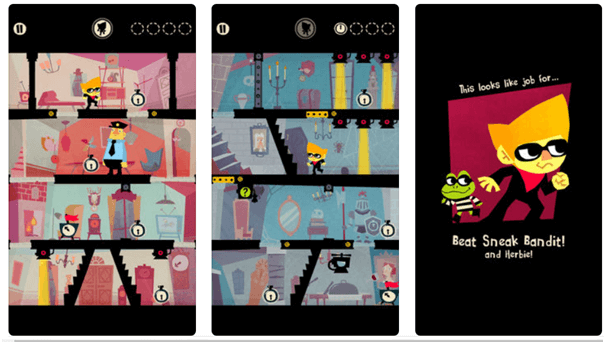 Beat Sneak Bandit is a puzzle game with so many game awards to its credit. Each level in Beat Sneak Bandit requires you to collect a series of clocks while avoiding detection. The catch is that you must tap the screen to the beat of the game’s music in order to successfully navigate each area. This game app require iOS 8.0 or later compatible device. 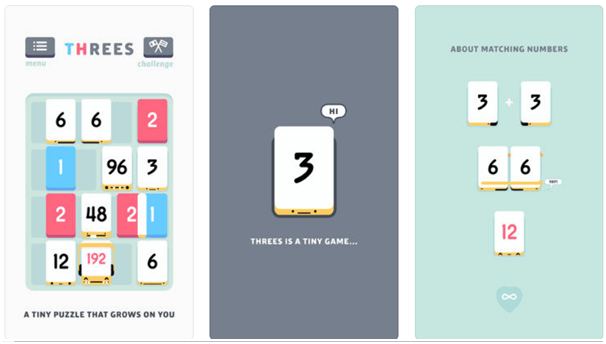 Threes is another outstanding puzzle game app for iPhone where you have to arrange a series of titles featuring numbers divisible by three. When you combine matching numbers – such as three and three – you’re given a larger single tile in its place. The goal is to build the largest numbers possible without filling the space on the board. The basic arithmetic is simple enough, and the game’s true strategy comes from mastering tile placement and positioning. This game app requires iOS 8.0 or later iPhone to work upon.

Super Hexagon is another awesome minimal action game by Terry Cavanagh, with music by Chipzel. Super Hexagon was a best of 2012 runner up for game of the year on the app store. All you have to do in Super Hexagon is move a triangle around a hexagon-shaped space and avoid touching any of the incoming walls.  The app requires iOS 8.0 or later compatible iPhone.

Fortnite drops 100 players onto a small island populated with items, weapons, and building resources. The goal is to be the last person standing. Complicating your goal is the fact that the area you’re allowed to play in is constantly shrinking. That means that hiding from everyone else will only last so long.

Fortnite’s cartoonish style, simple mechanics, and building systems make it arguably the most popular Battle Royale game on the market. On mobile, Fortnite is the same 100-player PvP game you know from PlayStation 4, Xbox One, PC, and Mac. Same map, same gameplay, same weekly updates. Build your fort as you battle to be the last one standing. Jump in and squad up with friends around the world or in the same room. The app requires iOS 11.0 or later to play with iPhone.

PlayerUnknown’s Battlegrounds or PUBG as it’s commonly know is the best game app where your victory requires expert aim, real survival skills, and the ability to anticipate where the enemy is going. 100 players parachute onto a remote 8×8 km island for a winner-takes-all showdown. Players have to locate and scavenge their own weapons, vehicles and supplies, and defeat every player in a graphically and tactically rich battleground that forces players into a shrinking play zone. Get ready to land, loot, and do whatever it takes to survive and be the last man standing. This app requires iOS 9.0 and above iPhone to work all smooth. 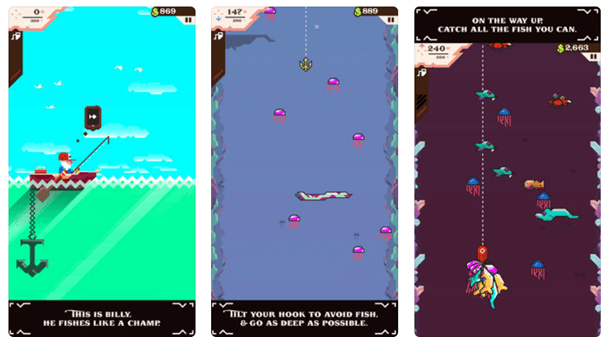 Ridiculous Fishing is just a fishing game but very popular among players. With 4.7 rating at iTunes this game app wants you to cast a line, reel some fish in, and score points based on your haul. Ridiculous Fishing requires you to utilize a series of crazy items in order to catch larger and larger fish. There’s enough genuine skill to the fishing system to make you feel like you’re getting better, but the real fun comes from getting the biggest and best items at you progress. This app requires iOS 6.0 or later iphone device.

Pigeon wings with 4.9 ratings at iTunes is best game app This simplified racing game features nothing more complicated than a few controls and some 2D levels, but the speed of its action makes it a mini-masterpiece. A mysterious aeronautics titan is bent on destroying East Megalopolis and Pigeon’s the only bird who can stop him. Join General Exposition, battle the devious pilot XO-9999, and prove that Pigeon ain’t no chicken nugget. This app requires iOS 8.0 or later device to run this app all smooth. 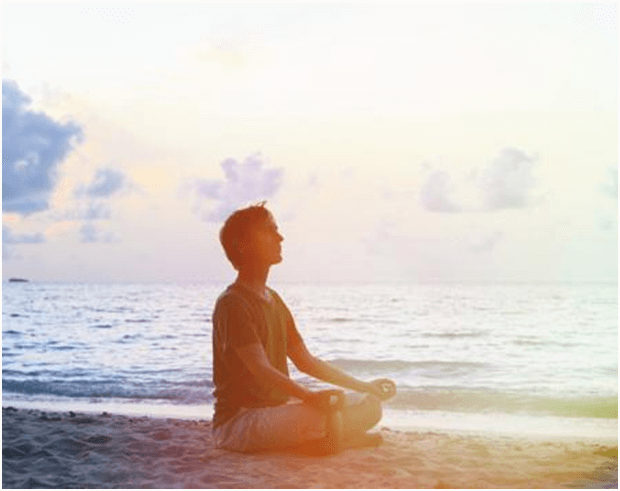 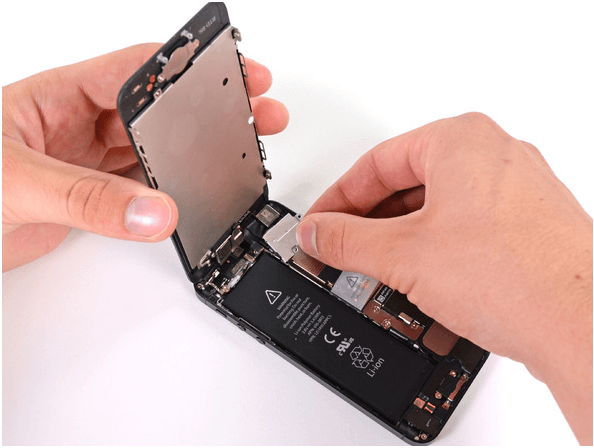 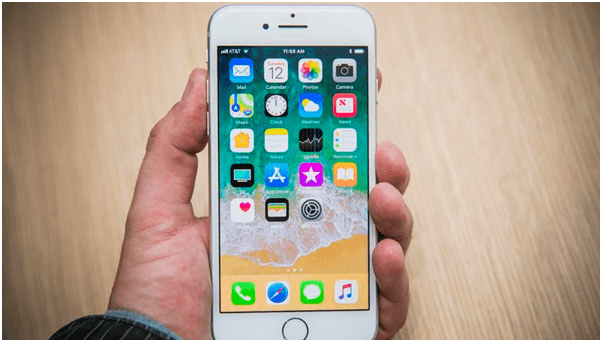